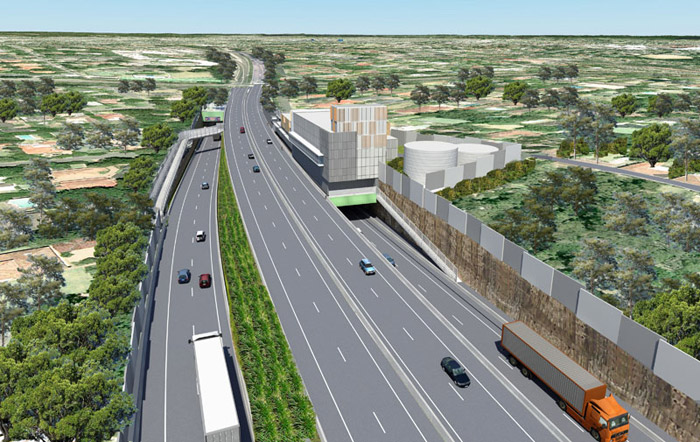 The future portal at Wahroonga for the NorthConnex, opening in 2019
Sydney has several big projects approaching us in the upcoming years. Both WestConnex (Stage 1 and 2) and NorthConnex (to be the nation's longest road tunnel at 9km) are opening in 2019, with Stage 3 of WestConnex in 2023 including Sydney Gateway and the proposed M12 motorway to Badgerys Creek. Construction of the F6 Extension to the City is also looking increasingly possible, with tunnel stubs at St Peters being constructed as part of WestConnex to connect to the new freeway.
(I must say it really annoys me that the word ''Connex'' is being used so much; it doesn't sound particularly professional)
Sydney has a fairly connected freeway network, however it is certainly not good so as to speak. Upgrades to freeways are ongoing to attempt to remedy our network, and additions to our freeways are almost inevitable. Every major city in the world has freeways; anti-freeway protestors claim that no major city is embarking to build more freeways, forgetting that most cities have a much more mature freeway system due to a headstart on development in their freeways.
That's not to say that more freeways are a good thing; already the nation has seen the Cross City Tunnel, Lane Cove Tunnel, Clem Jones Tunnel and Airport Link Tunnel fail economically. Unfortunately there is nothing stopping the same from happening again. Time will tell if these projects work or not.
For now, there's nothing to do but read about them. So enjoy!
Powered by