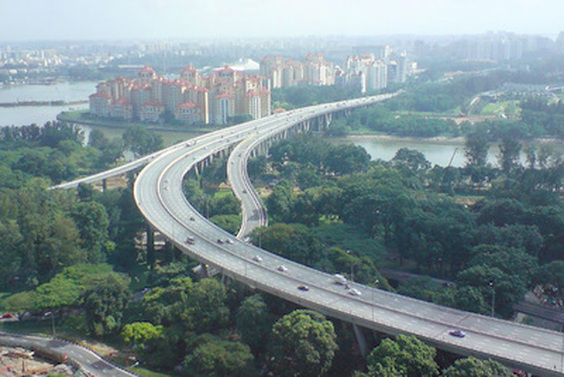 Looking east over the Benjamin Sheares Flyover near Singapore City, before the MCE opened; Courtesy of OneShift
Summary
​Length- 20km
Route- From the Pan-Island Expressway (PIE) and Airport Boulevard at Changi, east almost parallel to the coast, south of the East Coast region of Singapore, to the Kallang-Paya Lebar Expressway (KPE) and Marina Coastal Expressway (MCE) near Singapore City, over the Benjamin Sheares Bridge to Sheares Avenue
Route Number- ECP (Singapore System)
Opening- 1981 (upgraded since)
Toll- ERP system- varies throughout the day

The East Coast Parkway is a vital link in Singapore’s expressway network, connecting Changi Airport on the far east of Singapore with Singapore City. The expressway is the second-oldest in Singapore and the third longest; at 20km, it covers about a third of the tiny country of Singapore. The freeway allows almost direct access into the airport and to the Pan-Island Expressway thence to Tampines at its eastern end, with exits along the route giving access to Simei, Bedok, Katong, Marine Parade and the East Coast Park, before meeting the Kallang-Paya Lebar Expressway and Marina Coastal Expressway and then terminating over the Benjamin Sheares Bridge near the city.
​
The freeway formerly allowed traffic to directly flow onto the Ayer Rajah Expressway (AYE), however this all changed with the opening of the Marina Coastal Expressway in 2013. Forward-thinking by the thinking Singapore government saw that opportunities to expand downtown Singapore and the Marina would be halted by the expressway, which cut right through it. The MCE, an undersea road tunnel on reclaimed land (that’s how the Singaporeans roll) was constructed so that traffic could still get to the AYE however not through the vital downtown area. This meant that the ECP could be converted into Sheares Avenue, an arterial road, facilitating the expansion of the Marina area.

Interchanges- (read the guide here)
Since the expressway runs so close to the coastline, many of the interchange are terminating.
View a bigger sized image here. 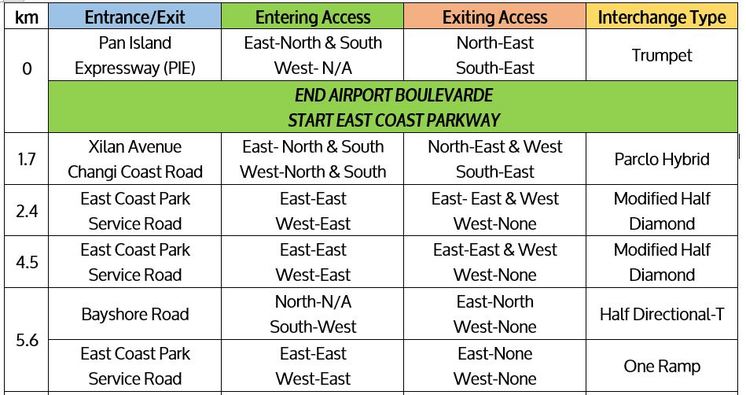 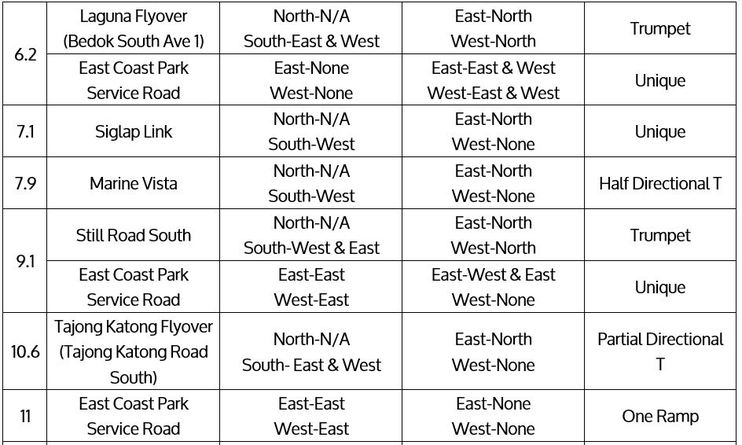